PREMIUM Solutions
You are to publish your findings in the form of a term-paper, 7-10 pages, size 12 font, Times New Roman or Arial only, according to the style guidelines of the Modern Language Association (MLA), graphs and charts only, no photographs, Works Cited page a must. In Chapter 3, Unbelievable Stories about Apathy and Altruism, of Superfreakonomics, the sequel to their highly successful book, Freakonomics, economists Steven D. Levitt and Stephen J. Dubner discuss the spike in crime that occurred after the post-war baby boom in the United States. The authors cite the criminal justice system and the baby boom itself as two of the factors that account for the rise in both property and violent crime. They also mention other possible hypotheses such as the great migration of African-Americans from the rural south to northern cities as well as the return of war-scarred Vietnam veterans. All of these factors combined do not explain the crime surge, they say. Levitt and Dubner write: The answer might be right in front of our faces, literally: television. Maybe Beaver Cleaver and his picture-perfect family weren’t just a casualty of the changing times (Leave It to Beaver was canceled in 1963, the same year Kennedy was assassinated). Maybe they weren’t actually a cause of the problem. People have long posited that violent TV shows lead to violent behavior, but that claim is not supported by data. We are making an entirely different argument here. Our claim is that children who grew up watching a lot of TV, even the most innocuous family-friendly shows, were more likely to engage in crime when they got older. Testing this hypothesis isn’t easy. You can’t just compare a random bunch of kids who watched a lot of TV with those who didn’t. The ones who were glued to the TV are sure to differ from the other children in countless ways beyond their viewing habits. A more believable strategy might be to compare cities that got TV early with those that got it much later. (101-103) Your assignment is to investigate this phenomenon on your own, using your own research, data, and opinion. Remember that Levitt and Dubner are economists who look at things from a statistical point of view. You are media sociologists. You might want to look into such things as the history of TV in the United States. Which towns and cities were first to get TV? What are/were the demographics of these towns? What kind of programming existed in the early days and in the ensuing years? How did the programming differ from one place to the other? What were the types of role models portrayed in these shows? How do you think that these shows influenced the viewers? How do/did viewers view the world after watching years of TV?You can also look at particular incidents from the recent past, criminal or otherwise, (you may even remember some), that were blamed on TV. (Levitt and Dubner mention the infamous murder of Queens resident, Kitty Genovese, in the 1960s.) 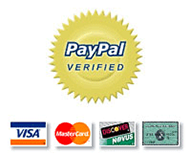